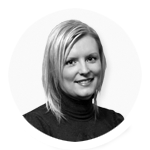 The Court of Appeal is later this year, set to hear a case involving a personal injury claim, and the subsequent dispute involving the legal fees of the Claimant.

The case in question, Belsner v CAM Legal Services, was originally heard in the High Court in October 2020, when it was held that the former client of CAM Legal Services, had not given her informed consent to her former personal injury solicitors, before they deducted fees from her damages in the sum of £385.80.

By way of background to the case, the CFA in question used by CAM Legal Services, provided for a success fee of 100% of the base profit costs, but it limited that deduction to 25% of the total amount of any general damages and pecuniary loss, save for future loss awarded to the claimant.   However, the CFA did not go as far as to provide an overall cap on the amount that the Solicitor could recover from their client, and that was the salient point in the initial matter which was eventually considered by the High Court.   This initial decision made by the High Court, referred to the CPR rule, 46.9(2), which states that in order to charge more than another party to the proceedings, the Solicitor must have obtained the client’s ‘informed consent’, and that Solicitors must have shown ‘sufficient disclosure’ to the client.

The High Court had stated that Solicitors must advise their client, in detail, the total amount of costs the client could be liable for, beyond what is recovered from the Defendant.  Giving judgment in that case, Lavender J stated that he was required to consider whether the issue of informed consent was ‘material information’, i.e. would it have affected the Claimant’s consent to the agreement between them and their Solicitor.  Lavender J held that,

‘…‘If it had been pointed out to the Claimant that, while the [solicitor’s] estimate of costs was £2,500 plus VAT, she might recover only £500 or £550 plus VAT from the Insurers, then that may have affected the Claimant’s consent to the agreement between them insofar as it permitted payment to the [solicitor] of an amount of costs greater than that which the [client] could have recovered from the Insurers. It may, for instance, have led the [client] to ask whether her liability could be capped, or to approach a different firm of solicitors, who would cap her liability. Prima facie, therefore, it ought to have been disclosed.’

The Appellant in this matter, CAM Legal Services, filed an Appeal against the decision of Lavender J, and they have now been granted permission to appeal the High Court decision, which will now be heard in the Court of Appeal.   Lord Justice Males who heard the application, suggested that the retainer used by CAM Legal Services and their former client, did appear to meet the conditions of CPR 46.9(2) and that the appeal therefore had real prospects of success.

The appeal is expected to be heard later this year or early next year.  The outcome of the case could affect thousands of similar cases, so is certainly one to keep an eye on for a resolution of the issues relating to informed consent and solicitors legal fees.  Box Legal will of course comment in further detail, once the case has been heard and the judgment is made available.

The number and variety of cases we arrange cover for is always increasing and so please contact us to discuss any after the event insurance requirements. We are happy to discuss and develop ATE insurance for case types we do not already insure.

If you would like to speak to us or obtain further information then please call on 0870 766 997, or email info@boxlegal.co.uk