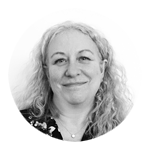 An unlikely alliance of insurers, claimant lawyers and trade unionists is developing in an unanticipated response to the government plans to bring changes to workplace injury claims.

A meeting was convened by the Association of British Insurers, Thompsons Solicitors and senior representatives of the Union of Shop, Distributive and Allied Workers hoping to stop proposals by the Ministry of Justice to double the qualifying threshold for the small claims court.  This would, by default, include personal injury and employers’ liability claims.

Under the Civil Liability Act passed in 2018, the proposal is to increase the limit from £1,000 to £2,000 for employers’ liability (EL) and public liability (PL) claims. However, it should be noted that at the time of writing no timescale has been set for implementation.  It would appear instead that the focus for the time being has been on increasing the small claims limit to £5,000 for RTA claims and on developing an online system due to go live in August 2020. This currently has no provision for EL or PL claims.

Efforts are being redoubled to try and convince the Ministry of Justice not to change the rules for non-RTA claims. Campaigners are convinced that EL and PL claims are being inadvertently and unfairly included in the government’s desire to reduce whiplash claims.

USDAW general secretary Paddy Lillis stated: ‘While there are different opinions on the changes relating to whiplash claims, a consensus has emerged that the government should not pursue the proposal to increase the small claims limit for employer’s liability claims.

‘Our main objection is increasing the small claims limit will unnecessarily restrict access to justice for tens of thousands of injured workers. It will also have a negative impact on health & safety standards in workplaces.’

If the limit is increased, it means that legal costs cannot be recovered from defendants for claims worth less than £2,000   Those working against the proposed changes will be encouraged by the stance taken by the Association of British Insurers (ABI).  They have fought hard for the changes to road traffic accident claims but have now confirmed that that they are willing to compromise with regards to employers’ liability.

Speaking at the meeting, James Dalton, director of the ABI, said: ‘Workplace safety is an absolutely critical component of the world of work. What has never been the priority for us is employer liability and public liability cases, so we’re happy to support this campaign.’

At the same time, Head of Justice at the Law Society - Richard Miller has pointed out that one effect of increasing the small claims limits would be that claimants would have to fund their own medical report.  This would effectively limit the access to any redress available to claimants and bar large numbers of people from access to justice on purely economic grounds.

Also in attendance were a number of Labour MPs intending to indicate support for the campaign.  It was further agreed that there should be a cross-party consensus and approaches to other MPs should be made.

The number and variety of cases we arrange cover for is always increasing and so please contact us to discuss any after the event insurance requirements. We are happy to discuss and develop ATE insurance even for case types we do not already insure.

If you would like to speak to us or obtain further information then please call on 0870 766 997, or email info@boxlegal.co.uk.